There’s no room for Bat-ego in that famous utility belt. Michael Keaton saw 1989’s Batman stolen by Jack Nicholson’s chalk-faced Joker, a turn that didn’t so much chew the scenery as transform Gotham into a garnished steak sandwich, dripping extra cheese. And then Christian Bale – whose debut, Batman Begins, wisely fielded less showstealing villains in Scarecrow and Ra’s al Ghul – found this big, brutalising sequel looted wholesale by the ghost of Heath Ledger.

Bale – never the warmest of actors – stands like an ice sculpture at the heart of the film. The soul of the movie is found instead in Aaron Eckhart, whose inevitable fall from shining DA Harvey Dent to iconic Bat-bad Two-Face is heartwrenching. It’s a terrific character study in a film heavy on human drama – Batman’s fight against crime is revealed as having opened a can of consequences, begetting some startling sacrifices. Nolan pours dread and malice into Gotham, but the chinks of faith and hope seem more powerful for the darkness. And it’s not the numbing, all-out bleakfest many were predicting; there’s some amusing schtick with Bruce Wayne and a bevy of Russian ballerinas that carries the distinct whiff of Adam West.

This sequel expands and recolours Batman’s universe. It’s a daylight movie, all glittering glass and steel, very different to the nocturnal operatics of Begins. Nolan’s in thrall to classic urban ’70s crime capers, and also riffs on the comics of that age, when the Caped Crusader abandoned the Batcave to punish crime from a midtown penthouse. Batman even briefly relocates to Hong Kong for the movie’s most dizzyingly vertiginous set piece – you can certainly tell which sequences were crafted with one eye on the IMAX experience – enhancing standard superheroics with hi-tech, Mission: Impossible-styled thrills.

But this is an intense, intelligent masterpiece of superhero cinema, one that’s ultimately owned by the late Heath Ledger. There’s an electric sense of loss when he teases Batman with the line, “You and I, I think we’ll be doing this forever…” And when he sticks his head out of a speeding cop car to taste the night air, savouring the city’s madness, he’s rarely seemed so ironically, cruelly alive.

Life Thru A Lens 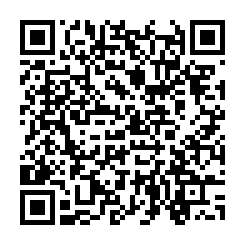